Our New Films 20 Weeks at the Los Angeles Film Festival and Pitching Tents Release and more!

I can't believe it's been a year since I've last posted on this blog. It's a testament to how crazy busy my work and life has gotten. I've been making movies one right after the other these past couple of years. It's a wonderful problem to have, but it also means I have less time to do other things like write this blog. So let's do a little catch up since last summer...

In the summer of 2015, we filmed a coming-of-age teen comedy set in 1984 titled Pitching Tents. I've always wanted to produce a film in the vein of the films by John Hughes, Richard Linklater, and Cameron Crowe. And I felt that the script of Pitching Tents, written by Rob Fox and Jayme Petrille, had a lot of those qualities. It's zany and fun but it has a lot of heart. The story follows Danny (played by Michael Grant) who is graduating high school and doesn't know what to do with the rest of his life. He goes on a camping trip weekend with his friends, where he meets Alison (played by Samantha Basalari), who helps him uncover his true destiny. The film is hilarious and a bit raunchy (with help from comedian Jim Norton who plays our wacky guidance counselor Mr. Mulligan), yet it has a lot of heart (and I'm all about a movie with heart). Since it's set in 1984, I knew we could have fun with the soundtrack and I can say after 9 months of searching and locking in music, we have an amazing 80s soundtrack, including tracks from Run DMC, The Plimsouls, Big Country, Billy Squier, XTC, Red Rockers, Missing Persons, Icicle Works and more!

Check out our poster by Hillary Gronvold: 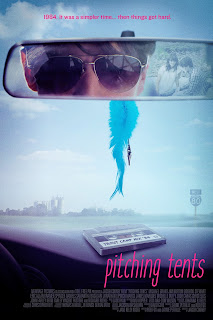 We finished editing Pitching Tents in 2016 and decided to work with the company Quiver on a VOD release and put together our own theatrical run. This was a huge undertaking as well. I always say that 50% of making a film is marketing it and Pitching Tents has proven that philosophy to be very true. We spent about 4 months doing the theatrical. Our director Jacob Cooney and the rest of us spent weeks hitting up theaters and getting the film booked. And after all that grit and perseverance, we played more than 20 cities (including LA and NYC) and for a small indie film that's pretty darn good. We sold out at some screenings and had a ball sharing the film and hearing lots of laughter. What a joy to hear an audience laughing throughout your film! That is what we filmmakers live for!

And now, Pitching Tents is available on a number of VOD platforms, including Amazon, iTunes, Google Play, Vudu, DirectTV, Comcast, Vubiquity, Sony Playstation, and it will be released on DVD on August 22nd! We're over the moon about the future of the film. I hope you check it out!

CUT TO: my other film 20 Weeks! One of my creative collaborators Leena Pendharkar is a very talented writer/director. She and I love working together and when she decided to write a script loosely based on her own experience about a young couple who finds out that their baby may have a genetic issue at their 20 week scan, I was on board immediately to produce. Many parents like Leena and her husband go through this scary experience of hearing tough news at the 20 week scan and they're often left to bear the weight of the news alone. They suffer in silence for weeks on end, worrying about their baby's health and being tested on a weekly basis - never really knowing the full extent of their baby's condition. And to add to the uncertainty, there are laws throughout the U.S. that make the journey of figuring out the best path forward even more difficult. With 20 Weeks, Leena and I wanted to explore the effects genetic testing can have on a family and spark conversations about women's rights and the very personal decision-making process of dealing with a pregnancy in crisis.

Thanks to Leena's husband Ameet Mehta for the beautiful poster: 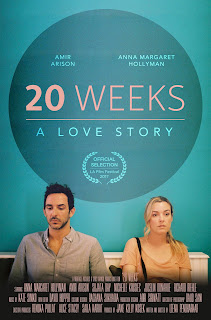 We made 20 Weeks on a wing and a prayer. We never knew if we would have enough money or support but miraculously, everything fell into place and we were able to film and complete the film within a year. We took part in the amazing US in Progress program through the American Film Festival in Poland and we are now having our World Premiere screening at the Los Angeles Film Festival on this Monday night June 19th at 7p at the Culver City Arclight. Tickets should still be on sale here!

Leena and me on the red carpet :) 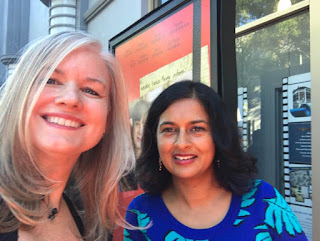 CUT TO: Additionally, I am so honored to be a producer on a new documentary on pro surfer Bethany Hamilton titled Bethany Hamilton: Unstoppable. Another producing partner of mine Penny Edmiston and I have been working really hard to find projects that speak to the kinds of films we want to be making - those with strong women at the helm and those about people who inspire. And that is what this documentary is all about. We have been working the past few months in post on this incredible new film by surf cinematographer Aaron Lieber. Bethany is such an inspiration and beautiful person and talented athlete. I can't wait to share her story of all of her amazing accomplishments since her shark attack more than a decade ago. You will be blown away. I am! 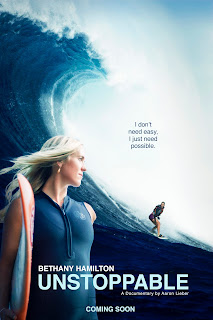 CUT TO: AND I am in pre-production on a beautiful new film titled Epiphany! We start filming next month in Tarpon Springs, Florida. I am really looking forward to this production. It's super ambitious, just like all of my other ultra low budget films. I have a compulsion for taking on the most ambitious films with little to no resources. It may be an illness, I think. But I keep doing it. There's nothing quite like having a gazillion locations and actors on a small budget. But I just love supporting projects by up-and-coming filmmakers who put their heart and soul into their work. I feel compelled to help their visions become a reality. The story of Epiphany, written and to be directed by sisters Koula and Katina Sossiadis, is so beautiful about a young girl who tries to connect with her biological father who is a Greek sponge diver off the coast of Florida. I'm stressed out of course because every film production is hard, with the million things you have to do and think about, but it's important to enjoy the journey along the way.

A beautiful image for Epiphany: 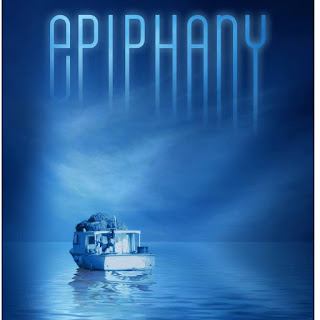 And that's what I'm setting out to do! I'm enjoying the journey of my life and career and pinching myself each day that I can honestly say that I'm doing what I love and I'm living my dream! The key to it all has been to never give up and embrace that you are on the right path for you. Here's to living your dreams everyone! See you at the movies! xoxo