Sam Lloyd is a writer/director from the UK. He is putting together a film titled Baby Shoes. He currently has a Kickstarter campaign to raise money to make it. Let's learn more about Sam and his film:


1) Tell us about your film Baby Shoes:
Baby Shoes is a film I've been writing over the last twelve months. It explores themes such as homelessness, happiness and the challenges we face in our lives. The film tells the story of a man called Paul. He loses his job, his home and all of his possessions in a fire and winds up in a homeless shelter where he meets a man called James. James is a strange man with a complicated background but, despite their differences, the duo build an unconventional friendship. They must travel to the other side of the country to get Paul's home and life and encounter several unfortunate occurrences along the way. And, unbeknown to Paul, James has an ulterior motive for their long journey.


2) What was your inspiration behind the story of Baby Shoes?
I got the idea for Baby Shoes one day last year. I was on a photography assignment and while I was shooting I met a homeless man. We got talking and he told me his life story. He'd been made redundant, he was kicked out of his home and was disowned by his family. His life had completely fallen apart. So he traveled 600 miles to his home town of Hastings (where I live) by hitchhiking, stealing rides, he even stowed away in the back of a lorry just to get home. I found his story very emotional because I'd recently had a rough time in my personal life. His story seemed to run parallel to my life. So I told him that his story would make an excellent film and he said if I ever got the opportunity to make a film about him, do it. So I went home and started writing Baby Shoes.

3) What made you decide to make this film?
The story. The story really makes any good film. If you don't have a good, emotionally engaging story then what's the point? I find a lot of films lately are very much style over substance and would I'd like to see that change.

4) What inspired you to become a filmmaker?
I wanted to make films from childhood. Most of my time when I was a kid was spent watching films and I think it was the storytelling aspect of it that interested me. I think making films is a great way to connect with a lot of very interesting and diverse people. Not necessarily like-minded, but people who are passionate about telling a story.


5) Who else is on your filmmaking team and why do you enjoy working with them?
Currently I am getting a great team together to make Baby Shoes with me. I'm looking for people who are as passionate as me about independent films and the diversity they bring. I've been inundated with requests from actors to be in Baby Shoes so I'm sure whoever gets cast will be excellent. 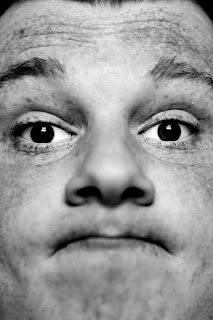 6) What is the filmmaking community like in the UK?
Film-making is HUGE in the UK. I am so lucky to be among such passionate and creative people. Of course, we benefit from having many of the world's most successful film studios here who have produced some of the most popular films ever made; The 007 films, Lawrence of Arabia, Monty Python etc. So, yes I'm very lucky to live in such a thriving community for filmmakers. Indie films are huge here too, I have an independent picture house down the road from me and love watching a huge range of films that chain-cinemas won't screen.

7) What made you decide to run a crowdfunding campaign on Kickstarter?
I think it's a great way of getting like-minded creative people together. You know that only people who are truly passionate about your project will back you. So its the community that drew me towards crowd-funding Baby Shoes.

8) What have been the challenges of your crowdfunding campaign and how are you attempting to overcome them?
Getting people to give you their money! That's the most challenging part. You have to convince backers that you're qualified to produce your film/music/art/invention etc when you get the funding you need. You need to be competent.

9) What are your distribution plans for Baby Shoes?
If Baby Shoes is funded successfully we will be hosting a private screening for our backers. After that it will be entered into various film festivals in Britain and the US and released on DVD, Blu-Ray and VOD in 2017.

10) What advice can you give up and coming independent filmmakers?
Just find a story you're passionate about. It's SO hard to get the idea, to get the story. It has to mean something to you. If you don't have a story that you personally relate to it will be very hard to make the film. It's also a good idea to get involved in the community. Help out other filmmakers near you, reach out to film festivals with your work. You never know what opportunities may be around the corner.