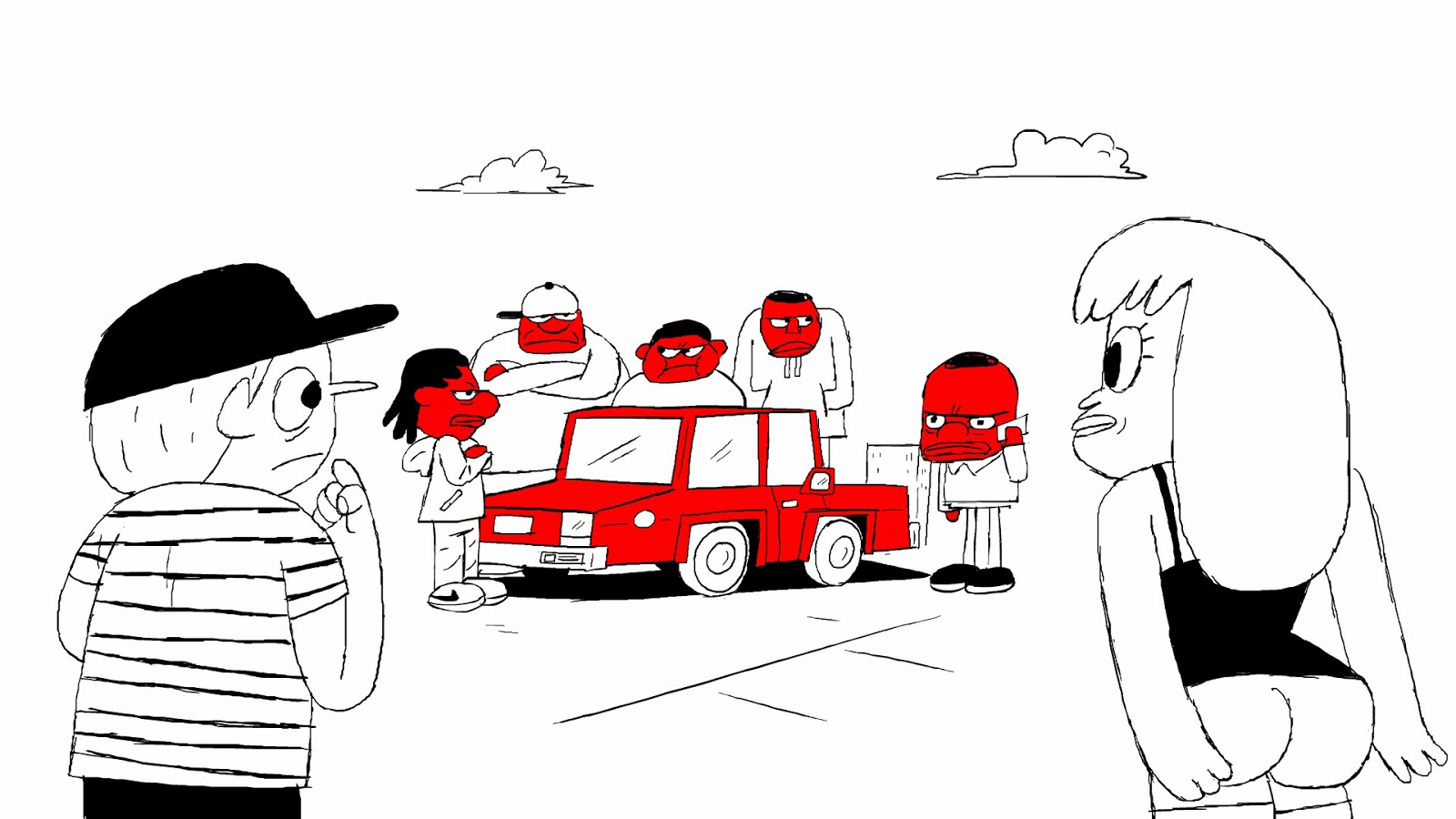 What made you decide to become a filmmaker?

Alix: My name is Alix Lambert, I am a director and producer. I co-created Crime: Marcus McGhee with Sam Chou. I have been directing for 20 years. My background is in the fine arts where I made installation and conceptual work that often involved video. I've always been a visual thinker/storyteller.

Sam: My name is Sam Chou. I am a filmmaker, Director of Animation and co-director of Crime: The Animated Series. I've been animating by hand for over 15 years, working on Feature films, TV and commercials and eventually started directing. It was a natural evolution to start creating my own stories, and telling them through the medium of animation

Tell us about your film (include title of film and category your film will play in Sundance). What inspired you to make it?

Alix: I published a book titled CRIME. The book is a collection of interviews in and around the intersection of crime and the arts. What do real life criminals think about the way they are depicted on film? What do film directors want to know about criminals when they depict them in their movies? I interviewed bank robbers, victims, law enforcement, directors, writers, actors and many other people. I went on to develop stage plays using verbatim texts from further interviews about crime in specific geographic regions. How does crime differ from city to city? How is it the same? One of these plays, Crime, USA: Hartford, was commissioned by Real Art Ways in Hartford, Connecticut. One of the people I interviewed for the play was Marcus McGhee, the subject of our short film, Crime: Marcus McGhee. Sam Chou had purchased my book and actually contacted me while I was in Hartford working. We talked about our mutual interest in using some of the audio I had from these many interviews and turning them into animated shorts. That is how we ultimately came to make the series together.

Sam: Yes, the book was a great source of inspiration. Throughout my career, I've always wanted to tell stories that are grounded in reality and a bit darker than typical animated films. So after reading Alix's book, CRIME, I was blown away, I couldn't get those images out of my mind. I was like "YES! These are the stories I need to tell!!"

What do you love about your film?

Alix: I love Marcus! He is a wonderful storyteller. Pardon the pun, but he is so animated when he tells a story. I think in four minutes he is able to use humor to illuminate a very real problem in Hartford. I also love the animation style of this particular episode.

Sam: I agree, Marcus is a great story teller and I love his enthusiasm when he tells it.  It really helped inspire the quirky animation design and technique.

How long did it take you to make your film?

Alix: Once Sam and I had the idea, the problem always is finding a way to finance a film. We made a trailer and used that to talk about what we wanted to do.  I had a meeting with Emma Reeves from MOCA tv about the possibility of working together. She liked the animated crime series idea and MOCA tv committed to producing the first six episodes. I loved working with them and went on to create a second series, Ambiance Man, with them.

Sam: All in all, we created 6 episodes of CRIME: The Animated Series in just over 3 months.

What was the most challenging part of the filmmaking process and how did you overcome it?

Alix: Filmmaking is full of challenges, both practical and creative. For this film, we had to make some decisions in order to stay within a small budget (limited color palette, less expensive animation choices) and we also had a very tight production schedule once the project was green lit. Additionally, Sam lives in Toronto and I live in NYC, so there were a number of virtual meetings. While, it's great that that is possible now, it would have been preferable if we had been in the same city. We didn't meet in person until the night the series screened at MOCA.

Sam: I agree. On the production side, the challenge was creating 6 different completely different visual styles but using the same color palette. Then producing the animation within the schedule and budget was another challenge.

Tell us about your experience getting into Sundance.

Alix: We applied and we got in! Thrilled to be included.

Sam: When we submitted CRIME, we actually submitted the entire series, 6 episodes back-to-back. It was a 20 minute film that thematically worked really well. When the Sundance programmers got back to us, they explained that they loved the CRIME series but a 20 minute film is much harder to program than a 5 Min one. They kindly asked for just 1 episode, Marcus McGhee's episode. We had no issues with that, we were thrilled to be accepted!!

If you had to make the film all over again, would you do anything different?

Alix: I always make mistakes and learn so much on any film that I make, but I never want to go back and make the same film over, I would rather take what I learned and do things differently the next time around.

Sam: Yes, we made many mistakes during production.  If I had to go back, I'd make better mistakes.

What’s next for your film? Do you have distribution? If so, when and how can people see it and if not, what are your hopes for the film?

Alix: The six episodes can be viewed on MOCAtv. We do not have distribution and are currently discussing possibilities in that regard. We hope to make more episodes and continue the series.

Sam: We'd love to continue the series. There are so many CRIME stories to tell!

Can you provide any advice to other filmmakers who dream of getting their films made?