I wanted to announce here on my blog that I have taken on a new movie to produce. I love it when that happens! 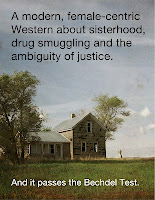 It's called Ashland (check out the Web site for the film here) and the script was written and will be directed by the incredibly talented husband/wife team Kris and Lindy Boustedt of First Sight Productions. Kris and Lindy are Seattle-based filmmakers who are just as obsessed by making movies as I am - always a match made in heaven.

I was introduced to Kris and Lindy by the equally talented production designer Susannah Lowber - thanks Susannah! Susannah knew that Kris and Lindy were looking for a producer for Ashland and she thought we'd make a good fit. I love Susannah's work so when she suggested the project to me, I had a feeling I would love it. And I did.

Ashland is a modern-day Western about a city detective who uncovers her sister's involvement in a drug-smuggling operation back in their small hometown. Everything goes to shit of course and there's lots of violence and horse action - fun stuff for a filmmaker.

Check out this awesome Mood Reel that Lindy and Kris created:

Another exciting announcement to make about this project is that the beautiful and talented Natasha Henstridge is attached to play the tough-as-nails detective Josephine. We are currently casting the other roles and can't wait to announce the rest of the cast.


For some additional eye candy, here's a mock up of the poster created by Kris Boustedt: 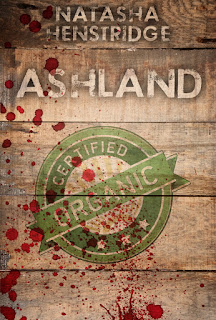 Why this project? First, I love that the cast is helmed by female characters. Of course, there is a totally badass male drug dealer but there are about three amazingly badass women at the helm. And there's lots of violence and horses. I'm stepping out of my drama zone and into the fantastic world of action and having a blast (no pun intended).

Part of my excitement for taking on an action film stems from my recent production. About three months ago, I produced a short (Plain Clothes, written and directed by Sam Jaeger) that involved stunts. I had such a good time watching the stunt guys do their work that I resolved to do more action films. And Ashland fits that desire perfectly.

We are also seeking partial financing (hint hint investors) - another fun adventure. But it's all looking good and just happy to be working on such a great production with awesome people. Shooting begins this fall in Washington State. Good times.
Posted by janekk at 5:19 PM

Email ThisBlogThis!Share to TwitterShare to FacebookShare to Pinterest
Labels: Ashland

The 'mood reel' features clips from copyrighted works like STOKER. Is it legal to post such work? And then add your own title to the end? I'm curious.

Good question! I'm not sure I even know the right answer - this is a foggy area for even attorneys. The mood reel is a compilation of scenes from other films to provide the mood for your new film. It's actually a common practice for directors: http://nofilmschool.com/2012/08/director-sizzle-reel-mood-tone-film-joe-carnahan-daredevil/

This mood reel was posted by the directors, described as a mood reel and not as their own work, and it's not getting advertising dollars. I think it could fall within the murky waters of fair use. I'm not an attorney so I'm not going to speak to whether or not it's legal. Personally, I wouldn't encourage posting copyrighted material on your own channel. In this case, the directors are creating a common tool of showing their vision and they are not gaining financially from it and they feel comfortable posting it as their intentions are not to infringe.

Thanks for your perspective, Jane.

I totally understand the purpose of using existing material to convey tone to an individual investor or collaborators in private or on a private/passworded website.

However, I suspect it may be more legally murky when the 'mood reel' is posted on-line when on-line (without passwords, etc.) can considered public. And if the project in question is unfunded, some attorney may argue that the 'mood reel' is being used indirectly to sweeten the project for investors, thus playing a marketing role.

As you said, this is a gray area even for attorneys. The definition of "gaining financially" is open to interpretation.

How can you get your own reality tv show?
Our Sizzle Reel