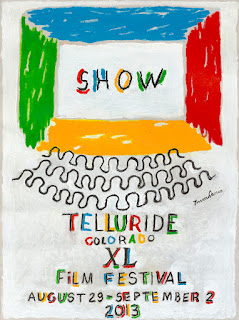 As a student, Dean Tavoularis studied painting and architecture at different art schools and went on to work at Disney Studios as an in-betweener in the animation department where he worked on the 1955 film “Lady and the Tramp.” He then transitioned to the live-action department where he worked on the 1954 film “20,000 Leagues Under The Sea.” His career as a production designer began in 1967 when filmmaker Arthur Penn asked him to lead the artistic direction for “Bonny And Clyde.” Three years later, he and Penn teamed up again on “Little Big Man.” He began working with Francis Ford Coppola in 1972 on “The Godfather”, which was the beginning of much collaboration including the latter two films in “The Godfather” trilogy and “Apocalypse Now.”

Tavoularis has spent the last ten years focusing on his work as a painter. His return to film came in 2012 when he was the production designer on Roman Polanski’s “Carnage.” He has worked on over thirty films spanning four decades, landing five Academy-Award nominations and one win for “The Godfather Part II.” Tavoularis lives in Paris and Los Angeles with his wife, actress Aurore Clément.

“We are thrilled Dean agreed to do the poster art for the 40th anniversary,” said Executive Director Julie Huntsinger. “The 40th edition will be a remarkable celebration of TFF’s past and present, and Dean’s work with Telluride is a wonderful parallel. He was a part of Telluride in its very early years when he designed a poster for a TFF celebration called the ‘Spirit of Zoetrope.’ We are excited to have him back and to present his vision for this special year. ”

Tavoularis remarks, “When I was asked by Tom Luddy and Julie Huntsinger if I would design the poster for the 40th Telluride Film Festival, I was first flattered and then thoughtful of being part of the Telluride film history. In my own way I pondered Telluride’s past and in fact all film festivals. Like the word implies, a festival is a fair; people gathering to show their films. It just as well could be their tomatoes. It’s an exchange. I wanted a poster that was simple and joyful, that looked homemade with pure colors in shapes that symbolize a 1:85 screen and an audience. One cannot exist without the other. I am very happy to be a small part of Telluride’s history.”