The Road to Sundance: The Return, directed by Blerta Zeqiri 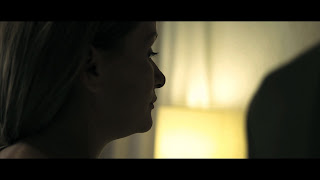 Tell us about your film.
Our film is The Return (Kthimi) is part of the Shorts Competition and screens with Shorts Program II. It’s the first Kosovar film ever selected to Sundance.

What inspired you to make it?
Producer Blerim Gjoci: The issue of disappeared people is a universal problem, not just for countries that have experienced war and tyranny. People with a disappeared member of their family have always been in my mind as the people to whom, as artists and as a society, we owe them at least to tell their story, what goes on behind those walls when no one is watching.  We owe them to share what they go through, at least a glimpse of their life. This is why when this script came to my hands, I felt it not just a great script, but also an obligation for me as an artist to produce it.

Director Blerta Zeqiri:  Ever since the war in my country, I think a lot about how strong a human mind is, how much a person endures, how easily people adapt to, sometimes, unbearable situations and continue to live “normally” anyway.

When Blerim sent me the script and asked me if I was interested in it, I immediately gave a positive response. I loved the plot and I was very much intrigued by the situation the characters were facing.

The man that returns from “the dead” to find out that his wife has given birth to a child of rape, was a situation that no one would wish to be in. It was a very challenging piece for me to imagine what would happen to them. What will they talk about?  What will their first night together look like?  How will the wife find the right moment to tell her story?

How long did it take you to make your film?
We worked for 10 intensive days. We shot for 3 days, then spent 7 days editing, doing color correction, sound mixing, translation, graphics, subtitles, etc.

How did you finance your film?
Producer Blerim Gjoci: I was lucky to participate in some big films in the region, and upon returning to my country I always felt that I could do more. So I started holding this script competition, first
dedicated to the victims of the 9/11 attacks. The high level of interest was astonishing, and this motivated me to continue it.  I raise a budget each year for filmmakers with great ideas, and see what
we can produce each year. This film is from the same budget, and in 2011 I produced seven films that way, including The Return.

What was the most challenging part of the filmmaking process and how did you overcome it?
Director Blerta Zeqiri: Blerim called me and asked, Would I be interested in working on an extremely short deadline? He sent me the script, which had a wonderful plot and a deadline of 30 days to finish
the film.  We didn’t have a lot of time, so I wanted to do the film in mumblecore style.  Blerim agreed, and the process started: Finding the right cast for the film.  Finding the crew.  Build characters with the actors, etc.  In fact now that I think of it, the whole process of making this film was a big challenge to me. Since I come from a small town where one of the biggest massacres of the Kosovo war happened, and many people that I knew were declared missing or experienced tragedies similar to those in the film. This is why treating the subject of war and how it affects people’s lives was my biggest challenge. I would constantly ask myself: Will people who experienced the same tragedies as my characters believe what I am telling them? Will they be offended by anything? And most importantly, will it look real to them?

Tell us about your experience getting into Sundance. Are there any pointers for filmmakers for getting accepted?
We didn’t do anything special to get accepted, we just submitted the film.

If you had to make the film all over again, would you do anything different?
Director Blerta Zeqiri: I’m pretty satisfied with the film, so I don’t think I would change anything.

What’s next for your film? Do you have distribution? If so, when and how can people see it and if not, what are your hopes for the film?
Producer Blerim Gjoci: Our hope is that the film will continue to have success in festivals.  Of course we are hoping to reach the Oscars! We would love to get distribution for The Return and also the many other great short films we have made.

Can you provide any advice to other filmmakers who dream of getting their films made and into Sundance?
Director Blerta Zeqiri: I have no idea how films get accepted to the festival, but I think for me the success came because we worked hard, we believed in the film, Blerim believed in me, and a little bit of luck that we made the right film at the right time.

Producer Blerim Gjoci: Someone said this before me, but my advice is: if you want to make a movie, only shoot it if the story is begging to be told.