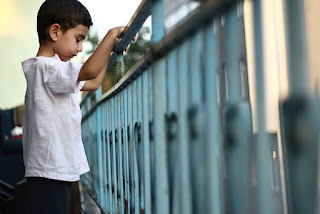 Tell us about your film. What inspired you to make it?
“CAN” is about families and their children. It tells about parenting as well as individuals who try to hold on to their lives; and suit themselves in the standard of judgements of the society.
Can is one of the 14 films, which will be competing in the Sundance 2012 World Cinema Dramatic Competition.
Still having people struggling inside the Turkish family structure and social values, has always inspired me. I always thought of it as a fact of our lives  that had and has to be told . And recently being a father has increased my desire to do it.

How long did it take you to make your film?
With every single process of filmmaking, It took me 11 months to finish the film. The 6 months of this time was for the story and script-writing; The remaining 5 months for pre-production, production and post production. But it took me only 3 weeks to shoot it.

How did you finance your film?
I am the main producer of the film, and I have two co-producers. We three, are the financers of the film as well; we didn’t have any sponsors or corporations to help us finance the film. (But I have to indicate that, we had a little support from the Ministry of Culture and Tourism of the Turkish Republic, for the publicity of our film in Sundance.)

Tell us about your experience getting into Sundance. Are there any pointers for filmmakers for getting accepted?
Sundance is a big and important “castle” for me, as it is for every other independent filmmaker. I waited for the call for their entries, easily submitted my film; and  I got selected! Now I’m taking the pride in and feeling the success of being able to share my dream there. I haven’t experienced anything yet. I think my experience will start as soon as I get there; and as soon as I get to see the reactions of the audience after ‘CAN’ is screened.
Pointers… I really don’t know, this could be discussed for long hours, but taking the previous Sundance films I have seen in to consider, I can say, over all, they have special stories regarding ‘people’ ; and story-telling wise they are deep, new, effective and surprising. Those are the points I have considered in making my film as well.

If you had to make the film all over again, would you do anything different?
For now no! But who knows what I will be thinking about it in time?!

What’s next for your film? Do you have distribution? If so, when and how can people see it and if not, what are your hopes for the film?
The publicity of Can has started in my country. It will be in the movie theatres in Turkey, by the end of March 2012. My distributer is Tiglon. We are planning to make it available for the theatres in Germany as well. But during Sundance, we will get together with my consultants to consider the calls we got from the festivals in Europe and the Far East and strategize our festival route. At this point, my expectation is my film to be effective in other continents as well. And I believe I will not have a problem in achieving that, considering the festival calls we are receiving each and every day.

Can you provide any advice to other filmmakers who dream of getting their films made and into Sundance?
Work without giving up! Work hard; and find the right, most importantly find your own expression.

can subtitle (English) from Burak Akidil on Vimeo.